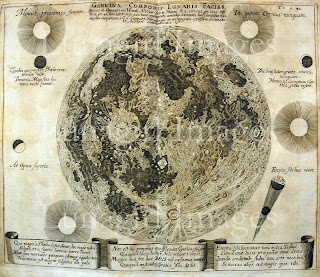 The full moon in August was known among some Native Americans as the Green Corn Moon or the Grain Moon. Some called it the Red Moon because the rising moon would sometimes appear red through the summer haze. Another common name was Sturgeon Moon, because this was a time when the Great Lakes were full of fish.

This year there will be a partial lunar eclipse that will be visible from much of Europe, Africa and western Asia ... over three-quarters of the full moon will be covered by the Earth's shadow during the eclipse ... spooky and cool if you're lucky enough to be able to see it! The full moon this month is on the 16th.
Posted by Karen Lunagirl