Here are a few well-known titles that have been often banned or "challenged" (in no particular order): To Kill a Mockingbird, Gone With the Wind, Lady Chatterley's Lover, The Lord of the Rings, The Adventures of Huckleberry Finn, The Adventures of Tom Sawyer, Alice in Wonderland, Little Red Riding Hood, The Color Purple, The Bridge to Terabithia, The Grapes of Wrath, Of Mice and Men, The Great Gatsby, Lolita, The Call of the Wild, As I Lay Dying, Their Eyes Were Watching God, The Invisible Man, Native Son, Slaughterhouse Five, Heart of Darkness, All Quiet on the Western Front, I Know Why the Caged Bird Sings, All the King's Men, The Sun Also Rises, A Farewell to Arms, In Cold Blood, Catcher in the Rye, Catch-22, One Flew Over the Cuckoo's Nest, 1984, Heart of Darkness, Naked Lunch, Tropic of Cancer, Women in Love, The Decameron (written in the 14th century), Lysistrata (written in ancient Greece), Portnoy's Complaint, Rabbit Run, Sylvester and the Magic Pebble, James and the Giant Peach, In the Night Kitchen, A Wrinkle in Time, The Handmaid's Tale, Henry and June, Ulysses, The Satanic Verses, One Hundred Years of Solitude, Song of Solomon, Beloved, The Bluest Eye, Howl by Allen Ginsberg, Brave New World, Fahrenheit 451. If you've never read Fahrenheit 451, it's about burning books. The author, Ray Bradbury, said his novel wasn't about censorship but rather about how television destroys interest in literature, which leads to a perception of knowledge as factoids without context or critical thought. So get off the internet and go read a book!
Posted by Karen Lunagirl No comments:

Now for something completely different

Alright, for those of you who don't share my fascination with mythology and religion...

here is something on a much lighter note. Just for fun. I can't tell if this cat is having fun or not...
Posted by Karen Lunagirl No comments: 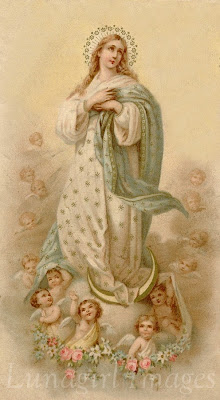 Ann (Anna) is the oldest name still used in the west, already an ancient name when used by the Hebrews. It is usually translated as "grace," but the original meaning is something difficult to translate, closer to "goddess." I believe I once read that it is the oldest name ever found for divinity. How appropriate that in Christianity this is the name is given to the grandmother of God.
Posted by Karen Lunagirl 1 comment: 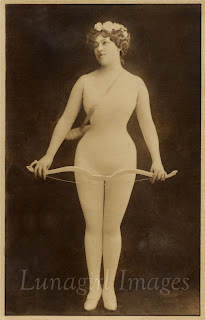